Walter "Ernest" GIBSON,the son of William JENKINS and "Annie" Elizabeth GIBSON, was born on 30 Mar 1877 in Hobart, Tasmania.
He was born as Walter Ernest JENKINS according to his birth registration number 2681/1877. The informant was his aunt Jane Gibson. 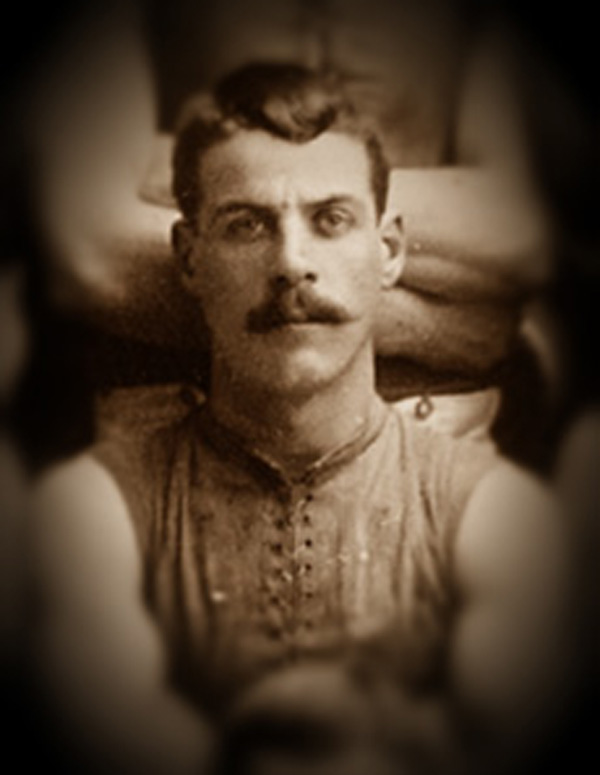 His mother Annie Gibson had been in a relationship with William Jenkins, (an 18 year old bricklayer) at the time. As was common practice at the time he was raised by his grandmother as one of her children and so he became known as Ernie GIBSON.

He was a great sportsman and in 1897 was part of the victorious Hobart Football Club who won the Premiership in that year. He went on to be an administrator and coach of junior football and four of his sons were to become involved in football and rowing and were well renowned for their sporting prowess.

On 5th April, 1916 at the age of 39 he enlisted in the Army where he was listed as a labourer with 5 children (he had 8 children - 3 would have been working in 1916 ). He was assigned to the 12th Battalion A.I.F. On the 29th September, 1916 he proceeded overseas to France and on 1st October they marched into Etaples . He was wounded by a grenade on 13th April, 1917 and received wounds to the right thigh and left calf.
Ernie was taken as a prisoner of war on 13th April, 1917 by the German Army and interned in Reserve Lazarette, Fuhlbutteld, Hamburg, Germany. He was listed by Army H.Q. as wounded and missing in action on 20th June 1917.

On the 28th April 1917 he wrote a letter to the Red Cross:
Dear Sir,
"I beg on behalf of 5 other chums and myself who are Prisoners of War here and are all wounded we would esteem it a great favour if you could assist us in any way at all, we are quite unable to receive anything from home yet, so we thought perhaps you could help us. Thanking you in anticipation, hoping to hear from you soon."
I remain,
Yours faithfully,
Pte. W. E. Gibson 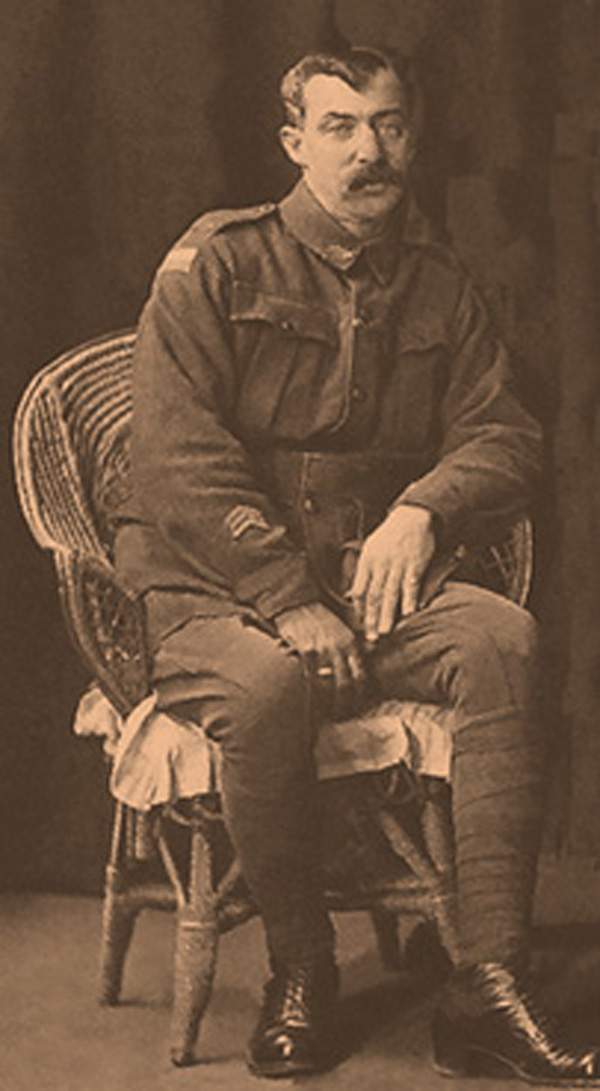 After the war he was repatriated to England from Reserve Lazarette, Fuhlsbutteld, Hamburg, Germany and arrived in England on 30 Dec 1918. His discharge paper from the Australian Imperial Expeditionary Force on 7th June 1919 states:-
" He is discharged in consequence of being medically unfit through wounds received in action. Received gunshot wounds left leg and right thigh".

After the war he found it difficult to find work in Hobart, and he ended up working in the timber mills at Port Esperance (Dover) where he collapsed and died. on 15th April 1921. His army records state that he died as a direct result of being gassed during the war, although an inquest said he died of natural causes. He was boarding with his mother in Hopetoun Road, Dover at the time of his death.

The following entry was in the "Mercury" newspaper the 16th April, 1921:-
GIBSON:- On 15th April, 1921 (suddenly) at his mother's (Mrs W Edwards) residence, Hopetoun, Port Esperence, Tasmania. Walter E the dearly beloved husband of Janet I Gibson, of 95 Scott Street, New Town. In the 44th year of his age (late of 12 Batt. A.I.F.) Funeral will move from his mother's residence on Sunday afternoon (tomorrow) at 2 o'clock, for the Dover Cemetery. Friends respectfully invited to attend.

You can use this contact form to send an email message to Dale Smith
©TFHS Inc. All rights reserved
Site last updated December 2022