He was born in Huddersfield, Yorkshire, and baptised in the nearby Parish Church of All Saints, Almondbury on 8 April 1827. My daughter and I have visited the church and stood by 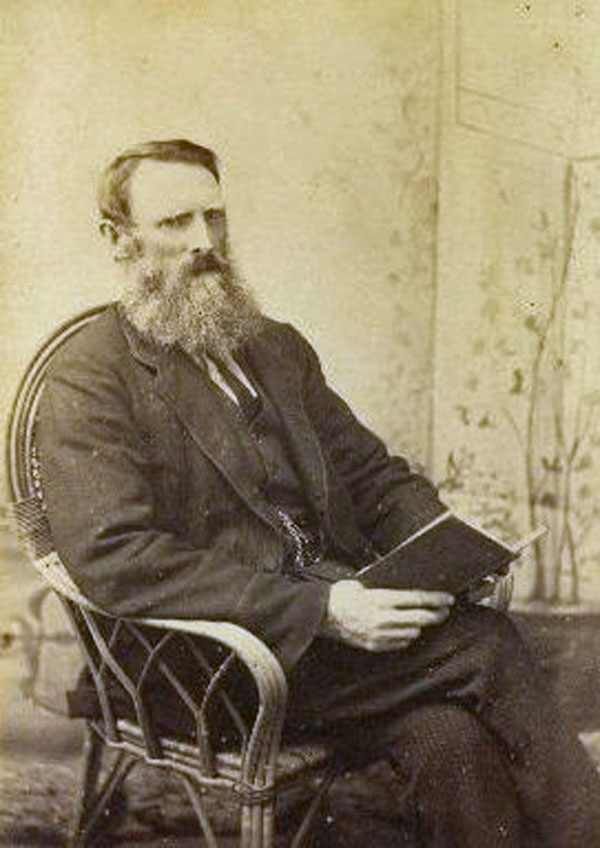 Beaumont is a very common name in that part of Yorkshire and according to information in the Huddersfield Library (where over a metre of shelf space is allocated for the family) all are descended from Beaumont de Roger, who came across the English Channel with William the Conqueror in 1066. Vast estates eventually carried the family name.
Unfortunately none of this was of any benefit to Allan and his brother, James, who arrived in Tasmania on 27 July 1854 on the Balmoral under contract to the Mersey Coal Company at Tarleton, near Latrobe.

Their listed occupation was "navigator", not of the sea-going variety, but canal-diggers, obviously a useful skill in the coal-mining industry. Information obtained in Huddersfield revealed miles of canals in and around there and surrounding towns and it can be safely assumed they had worked on one or more of these.

Allan was 28 years old on arrival and had left behind his wife, Nancy, nee Woodhouse, and her son, Francis, from a previous relationship. The following year Allan and James were followed to Tasmania by their wives, their parents, Richard and Mary, and their sister Mary Hannah, arriving in Melbourne on the Donald McKay and transferring to Launceston by steamer, arriving on 3 September 1855. Mary Hannah later married George Laycock who accompanied her brothers on the Balmoral. thus beginning the now extensive family line of Laycocks.

The mining enterprise at Tarleton failed and the brothers and their parents became tenants on the Appledore Estate during the early1860s. Appledore was on the western side of the Mersey River, a private estate owned by Bartholomew William Thomas, and located immediately to the south of the newly laid out township of Formby.

They were there for a few years but better opportunities lay not far away at the River Don, a couple of miles to the west where Allan and Nancy were to live out their lives. This was then a small but bustling township which had grown up around the River Don Sawmills established by Messrs Cummings and Raymond in the mid 1850s. Employment was assured, as was access to a supportive community, a church, and education for their children.

My great-great-great grandmother, Nancy, bore five children, and became one of those wonderful women who helped keep small communities together. Her granddaughter, my grandmother, continually preached to her family - "grow up to be as good as your grandmother, and you will have nothing to worry about!" Great-great-great grandfather spent his life doing sub-contract labouring work around the district. But in later life he proved to be somewhat argumentative and inclined to resort to court action at the drop of a hat. On one occasion he sued his son-in-law for the cost of two baby piglets!

Nancy died at age 72 on 22 February 1895 and Allan on 12 September 1909 aged 87 years. Both were buried in the old Don Congregational Cemetery, Allan having lived in the district for half a century.

You can use this contact form to send an email message to Faye Gardam
©TFHS Inc. All rights reserved
Site last updated December 2022